Behind the Scenes – Unite Music Video

I am so proud of my debut video: Unite – A Tribute to Paris and Brussels.

So much goes into creating a music video. It took a lot of planning to come up with the appropriate venue so we could capture the essence of Paris without actually being there. The video was recorded in Palo Alto, California. The video team I worked with was spectacular (Thank you, Dave and Patrick!).

I planned out the clothes and had help with the hair and makeup. The night before, I painted the Eiffel Tower peace sign that became so popular right after the Paris attack. I added the final element to the painting live while the video was being recorded. 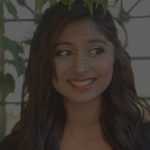